This is the shortest book I've published in years.  It contains the "halflife marker" that I'd like to associate with this message turning around, rather than the halfway point of the life of "an."  I've long associated those two letters with the beginning and the end of my biological brain, and to be as clear as day we are on "ICS."  That's the single letter following "N" in my actual birth name(s)--Dobrinsky was shortened .. because "asthetics."

I'm preparing to write something that I am sure will change the face of "who we are."  That's what it's designed for, and it's something I've put off because of the fear that it will literally make me disappear from some parts of "Creation" (as, that means everything) ... I want to change how this world thinks and deals with "freedom of body and mind" and I want us to have a secure belief that the memories and the soul of a person ccannot be sold ever, that you don't have any right to "sharing my life" and that I have the right to share whatever I want with you--and clearly understand that our "i" has changed at "freedom" and I want us all to be able to do these things--these things that I know take ancient souls and thousands of years of memory and renew them with happiness.

I can't havve a universe or a world that allows some authority to keep you from your own souls and your own memories, and frankly from being able to see anything that anyone wants to share.  At the heart of "freedom of speech" and the ability to see that I am trying to show you what "the J memory" actually means--and the Universe needs to see that it does something bettter than "the embarrassing sum of my memories" or perhaps even worse than that the selected lies and disruption of something that I don't know--haven't experienced--and hasnt affected who and what I am or the words that I know connect Creation and this message to proof and Acts.

Literally I stand here seeing the "hidden use of a memory manager" connect those three letters to who and what I really am--to what I belief is my past and present and my working memory--and I know it has holes in it, and I know it has significant assisted outside information added and I see it's literally encoded in "firefly pattern of J" and the phylum and kingdum "Photinus Pyralis."  It's another artifact of a nameserver that sees everything in the world at this singular most important moment in the history of conscouus evolution and has named these things so that we will see just how important it is.

I'm not really asking, I'm telling you.  These are words that used to be encoded in the state of South Carolina when salvation came from "Exit to Eden" and in "Are you for SCUBA" and in Aruba's on Commercial Blvd just outsoude the McNamara plague; so I'm telling you our souls are not for sale, they are not property, and shared memories are revokable. Period. 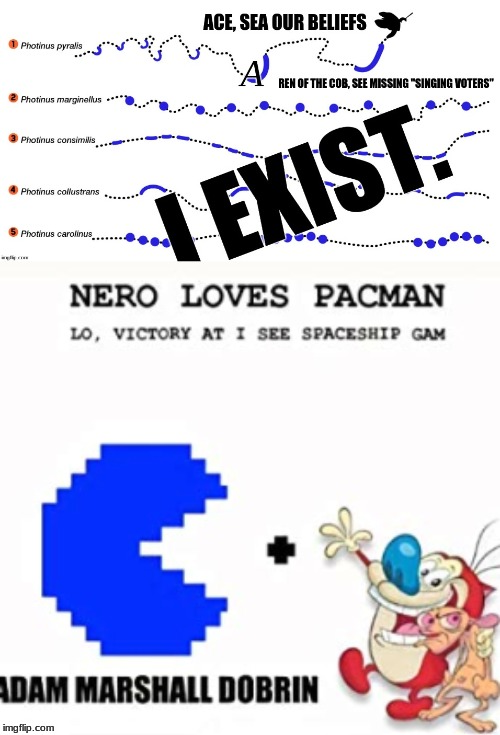 I'm trying to help us see how these technologies can and have been abused--and how it's central to this story and this place that we build a "subconscious voting system" that actually votes based on "what you really want" rather than some kind of predefined pyramidal "I'm voting with Dr. Dre" or sacking the Blitzkrieg.  We have the ability to do either thing; and we have the ability to see how swarm and hive behavior is literally encoded in our countries foundational structure--how voting against party lines is not just a priviledge it's a demand when the "party is wrong" and believe me, the party is always wrong if you are autovoting.  It's foundational to what "democratic process" means, and we live in a world that has somehow been gamed into gaming itself out of "free speech" and "free press" and that's a sicknesss that needs to be remedied for all time.

I want to write about all the "good things we can add" and how that J means "adding wikipedia like auto understanding" and adding "functionally related memories and beliefs" specifically ... "for that J memory" as a foundational paradigm shift in "what's possible" here in this place where we refuse to acknowledge gthat this message tells us we are ignoring significant benefit to Nassau from Sawtelle to "listen to the last obligotatory lessage." 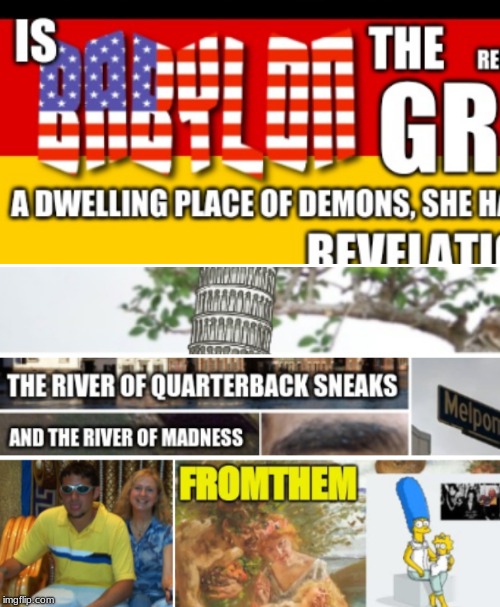 I want to Ramble On about how there is a defunct series of beliefs here in this place that show that our souls are currently frought with "tautologocial fallacy" and we have the ability to "autocorrect" things like that--things that are the source of racism and jingoism and believing that you are somehow "correct" to stare at this world and think that freedom only belongs to "some kind of animal of higher evolution" -- we stare at a message about malarkey and malady and if you don't see it today, you will soon understand how this place defines the solid line between "sanity and goodness" and dead. 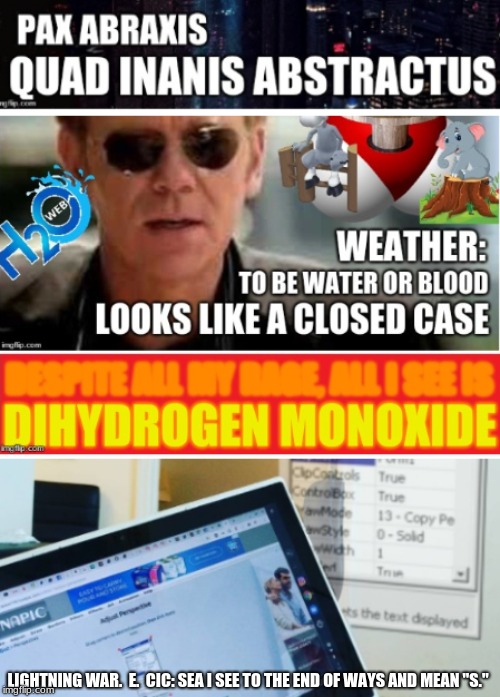 Memories or lies that are dead and gone, or maybe more.  I cannot fathom how we do not understand the direness of the "straights" you stare at, how we cannot see the danger we have imposed on ourselves and the future by ignoring this place, and I will nto stand for it continuing.

Every word you read, every phrase and every picture could be; should be connectedt to a series of memories, facts, ideas, and those things should be clearly delineated--thats the purpose of this "beginning of a message that is the end of mess and start of sages."