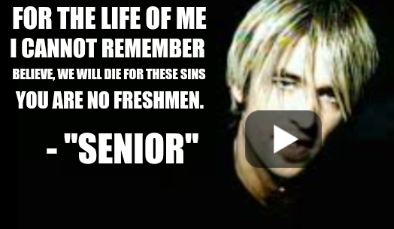 For the life of me, I cannot figure out why you want me to hate you.  It's clear though, that's what the "world wants."

Care, I still think I'm Captain America; and I still think we ... this place is the beginning of a Trojan Horse like wave of freedom and technology and toys and happiness;

16 For God so loved the world, that he gave his only begotten Son, that whosoever believeth in him should not perish, but have everlasting life.

18 If the world hate you, ye know that it hated me before it hated you.

I'm telling you--this world wants me to hate it vehemently--and I do.  I want change, and I want it now.  I much prefer "he's happy, he's happy" to "uhhh huh."

You know, just as soon as you stop hating "me" and "this."  it's simple words ... we have tacit, tangible, and obvious proof that the entirety of our history is basically here to remind us not to mis-use technology ... not to hate, not to lose ... "everything" and still that's what it seems we are doing.

"You people" seem hyper-focused on my "facade" rather than the proof and the message all around us; the mess, the sickness, the natural disasters that we certainly should see are "stiooppable" at :"majority force" and just a minority of people actually speaking out.  I really don't mean "you" but rather literally everyone around me--get out of my head, forget about trying to get rid of me ... forget about me needing to be "perfect" or "up to some standard" I am what I am, and I am not embarrassed--or wrong.

The Servant Exalted (Philippians 2:5-11)  Yeah, Exalt "This... see Silicon and Acts." There's certainly not "twelve of us" if you have something planned other than "destroy" and see Troy to victory--it's time to do it.

13 Lo, My servant doth act wisely, He is high, and hath been lifted up, And hath been very high.

14 As astonished at thee have been many, (So marred by man his appearance, And his form by sons of men.)

15  So doth he sprinkle many nations. Concerning him kings shut their mouth, For that which was not recounted to them they have seen, And that which they had not heard they have understood!

Sick to death of hearing "and you're good" in sarcaastic intonation.  This message is the best thing that's ever happened to the worst doldrum of pits the world of Jupiter has ever seen.

Lo, the LOL1820 object. I've been tormented, framed, and frought with fighting against "Rome, Town and Country"  I have no qualms about discussing how and why the legal system we have is a disgracfe to the Constitution and to Americans and the sword of Samael stands ... Samson stands, the pillars of whatever Temple has made this hell ... that thing is to be done and gone forever.

I see you want me to "know" you're in my head, or you think you are somehow "part of me" ... directly and clearly .. get the fuck out of my head, stop tormenting me with responses to my thoughts or "markup" disgracing words that would and do stand proud fighting for freedom in the land of "it's not a sprint ... this is a relay" ... back to freedom, back to caring, back to the place that never would have made a Hell and believed it wasn't here.

Pretending I am not here, or not real--or somehow I should leave the Line Feed land of Florida and "we don't see" AD IR OLF; it's going to get us nowhere and it needs to turn around and start acting like responsible human beings that care about stopping things like the disaster and trrajedy in the Bahamass ... before they happen.  Acts of God and contract law ... see we have proof--rather than "of time travel" of the Name Server of "BIND this..

There will be no more night.

Deuteronomy 11:18 (NCV) Remember my words with your whole being. Write them down and tie them to your hands as a sign; tie them on your foreheads to remind you.

Deuteronomy 6:8 "You shall bind them as a sign on your hand and they shall be as frontals on your forehead.

The Mark of the Beast The second beast was permitted to give breath to the image of the first beast, so that the image could speak and cause all who refused to worship it to be killed. 16 And the second beast required all people small and great, rich and poor, free and slave, to receive a mark on their right hand or on their forehead, 17so that no one could buy or sell unless he had the mark—the name of the beast or the number of its name.…

You iknow my name.

5 There will be no more night. They will not need the light of a lamp or the light of the sun, for the Lord God will give them light. And they will reign for ever and ever.

The River of Life …3 No longer will there be any curse. The throne of God and of the Lamb will be within the city, and His servants will worship Him. 4 They will see His face, and His name will be on their foreheads. 5 There will be no more night in the city, and they will have no need for the light of a lamp or of the sun. For the Lord God will shine on them, and they will reign forever and ever.…

this is not a joke, its serious. its not my fault its "hi five" and mickey mouse and "lol" this is what is here--#RFC on "#wow" rather than "#Simon?"http://t.co/MbHkmEiNRT

it's actionable, it's at least "something" and if you think about pic.twitter.com/jbRZ19bZH9

See a key, as we watch the "head" of Medusa disappear without words ... it does appear clear the test of time and the message of this place is that Disney disappears next; and it's because "no i" in HIV. Lo, the riddle-- foil the plans of the Dark Earth or ... 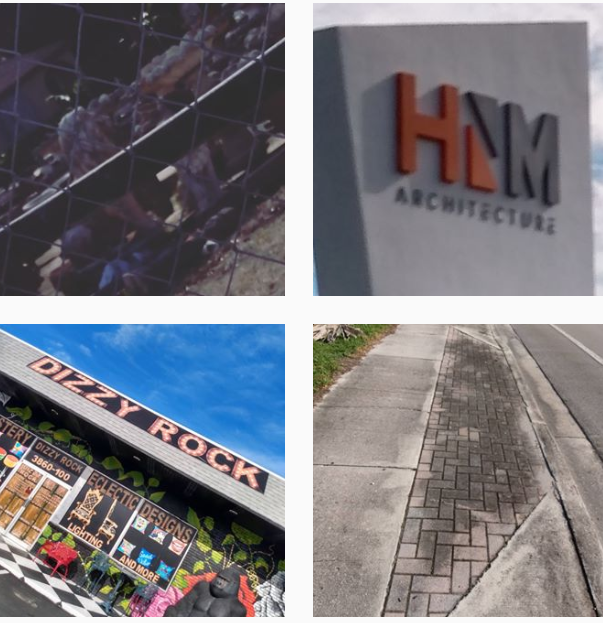